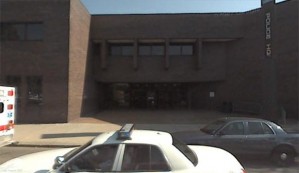 From the Chicago Tribune:

Some Craigslist pranksters decided to make a small joke regarding the recent decision by Mayor Rahm Emanuel to close two detective bureaus on the West Side.  This decision is a little puzzling since it is touted as a cost-saving measure.  Labor expenses make up a large portion of many organizations, both public and private; the CTA’s struggles to rein in labor costs accounting for 70% of its expenditures [1].  The article points out that some 300 detectives will be transferred to other buildings; there will be no force reductions, only changes in assignments.  The savings will be paltry, in the range of $10-$20 million compared to a budget gap of over $600 million.

The overall problem with this approach is that it is moving the police department in the wrong direction.  The fact that the city is strapped for cash is undeniable, but this knee-jerk reaction for short term gain by closing stations ignores the long-term issue of crime suppressing economic growth in the city.  Persistent crime in many neighborhoods is a big obstacle when it comes to attracting new businesses.  Not only are there direct costs in terms of lost revenue due to theft and property damage, but there are also indirect costs represented by the depopulation of neighborhoods and loss of customers; Chicago lost 200,000 in the last decade, many of whom were minorities [2].  While there are many legitimate arguments for “activities besides force” like community outreach programs and gang alternatives for youth, a proven method as exemplified by the New York Police Department (NYPD) is to add more cops; not just more cops on the street like Chicago is proposing will happen with district closings, but more cops PERIOD.

Chicago’s robbery rate is twice that of New York just a few years ago.  The homicide rate is also higher by at least 100%, as is the aggravated assault rate.  Allocating more police to beat patrol is a step towards suppressing these types of crimes by reducing response time (police being able to respond quickly isn’t going to have as much impact on crimes like motor vehicle theft where the actual crime will have likely occurred some time before its reported) but the problem is how these cops are going to go about their beats.  Chicago’s much lower population density, over 50% lower than New York City’s, makes patrolling on foot difficult.  The ratio of civilians to police is comparable between the two cities, but Chicago’s population is spread out a lot more; the average population of one square mile in New York City would occupy over two square miles in Chicago.  Deploying police on foot would mean that they would be spread out just as much; on average, New York has 110 cops per square mile while Chicago only has 55.  Chicago is therefore more dependent on cruisers to deploy the police, which creates a lot of problems in that patrolling a large areas means always being on the move.  Police moving at 30 miles per hour or more can easily miss things that police walking at four miles per hour and able to hear the surroundings would not.

Closing police stations is the wrong move by the CPD.  If the goal is to get more police on the street, then they should be on the actual streets patrolling known trouble spots and interacting more with the population, which is difficult for vehicle-bound cops to accomplish.  Since all police must be based out of a building, deploying more police to pedestrian beats would require MORE police stations, not less; this is something I mentioned in my previous post “City of Cruisers“.  Police could be deployed from the existing police stations by vehicle and then begin their beats, but this would still mean a lot of vehicles on the street which means high fuel expenditures.  Allowing police to conduct their normal duties without vehicles would save the department a lot of money; vehicles would still be needed for transporting persons under arrest to the nearest lockup, however.

The CPD proposes to reduce the number of district stations to 22, which means that the average area per station in the city will rise from 9 miles to over 10 miles.  A better alternative would be to relocate police stations to allow for more effective deployment.  New police station construction would also stimulate the local economy by creating jobs. 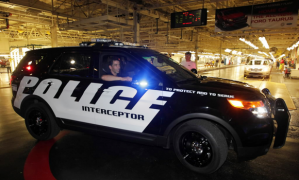 This announcement from City Hall in Chicago concerning the police department has this blogger thinking:

While this order will provide a welcome boost to the local economy, it also highlights the fact that the Chicago police are a primarily vehicle-borne force.  In an era of rising gas prices this has undoubtably made law enforcement more expensive in such a vast city like Chicago.

One problem with a police force that uses vehicles extensively compared to more visible methods like foot patrols is the psychological mindset that develops.  This article about operations in Afghanistan (1) makes a note of the effect of introducing more heavily armored vehicles to troops: it makes them safer but distances them from the population they are supposed to develop a rapport with and protect.  There are certainly parallels to the use of vehicles in police work.  Police can cover more ground in a car during a patrol compared to walking a beat but they distance themselves psychologically from the populace.  Police in a cruiser cannot make their rounds in the neighborhood and check-in with major business owners or community leaders as easily as they could if they were on foot; frequent stops and slow travel is inefficient for a motor vehicle, and excessive idling is wasteful.

Traveling by cruiser also makes it harder to spot trouble developing unless it is overt.  On major roads the police have to travel at the speed of regular traffic which can make them overlook a crime in progress simply because they were looking in the wrong direction (i.e. the right direction for driving which is straight ahead).

The psychological distance is created by the image of police that results from heavy vehicle use: police cars instead of actual officers.  Police officers spending a great deal of time in cruisers aren’t exposed to the dramatic temperature changes in the Chicago climate, where the temperature varies by as much as 100 degrees in the span of six months.  This could create resentment between citizens and the police, especially those who take public transportation and have to wait for buses.  Police officers who walk the beat during the winter or summer would have a little bit more to work off of when trying to communicate with people.

A simple solution could involve the creation of smaller police stations surrounding the central district stations so more officers could be deployed on beat patrols instead of cruiser routes.  This would require more infrastructure but there are plenty of vacant properties on the South and West sides that could host community police stations. 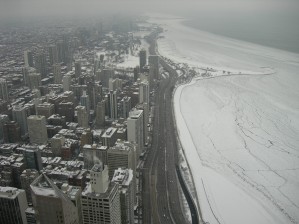 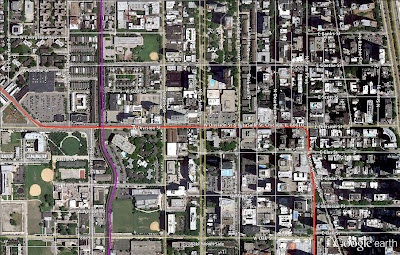 A report of an “assault in progress and a person on the tracks at the Fullerton Red Line stop” apparently required a police SUV to race from River North all the way to Lincoln Park.  All possible routes between these two locations involve at least two miles of driving.  This author would be very interested to hear the rationale for requiring officers to race across the city in order to respond to crime at one of the busiest stations in the CTA.  Averaging out daily ridership between 2002 and 2010, the Fullerton CTA stop was the fifth busiest in the system.  Surely a strong police presence in the vicinity of Fullerton and Belmont on the Red Line is justified, yet officers responding to a disturbance at Fullerton had to come from River North.