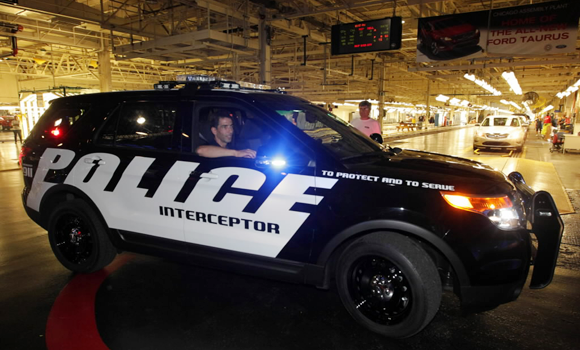 This announcement from City Hall in Chicago concerning the police department has this blogger thinking:

While this order will provide a welcome boost to the local economy, it also highlights the fact that the Chicago police are a primarily vehicle-borne force.  In an era of rising gas prices this has undoubtably made law enforcement more expensive in such a vast city like Chicago.

One problem with a police force that uses vehicles extensively compared to more visible methods like foot patrols is the psychological mindset that develops.  This article about operations in Afghanistan (1) makes a note of the effect of introducing more heavily armored vehicles to troops: it makes them safer but distances them from the population they are supposed to develop a rapport with and protect.  There are certainly parallels to the use of vehicles in police work.  Police can cover more ground in a car during a patrol compared to walking a beat but they distance themselves psychologically from the populace.  Police in a cruiser cannot make their rounds in the neighborhood and check-in with major business owners or community leaders as easily as they could if they were on foot; frequent stops and slow travel is inefficient for a motor vehicle, and excessive idling is wasteful.

Traveling by cruiser also makes it harder to spot trouble developing unless it is overt.  On major roads the police have to travel at the speed of regular traffic which can make them overlook a crime in progress simply because they were looking in the wrong direction (i.e. the right direction for driving which is straight ahead).

The psychological distance is created by the image of police that results from heavy vehicle use: police cars instead of actual officers.  Police officers spending a great deal of time in cruisers aren't exposed to the dramatic temperature changes in the Chicago climate, where the temperature varies by as much as 100 degrees in the span of six months.  This could create resentment between citizens and the police, especially those who take public transportation and have to wait for buses.  Police officers who walk the beat during the winter or summer would have a little bit more to work off of when trying to communicate with people.

A simple solution could involve the creation of smaller police stations surrounding the central district stations so more officers could be deployed on beat patrols instead of cruiser routes.  This would require more infrastructure but there are plenty of vacant properties on the South and West sides that could host community police stations.