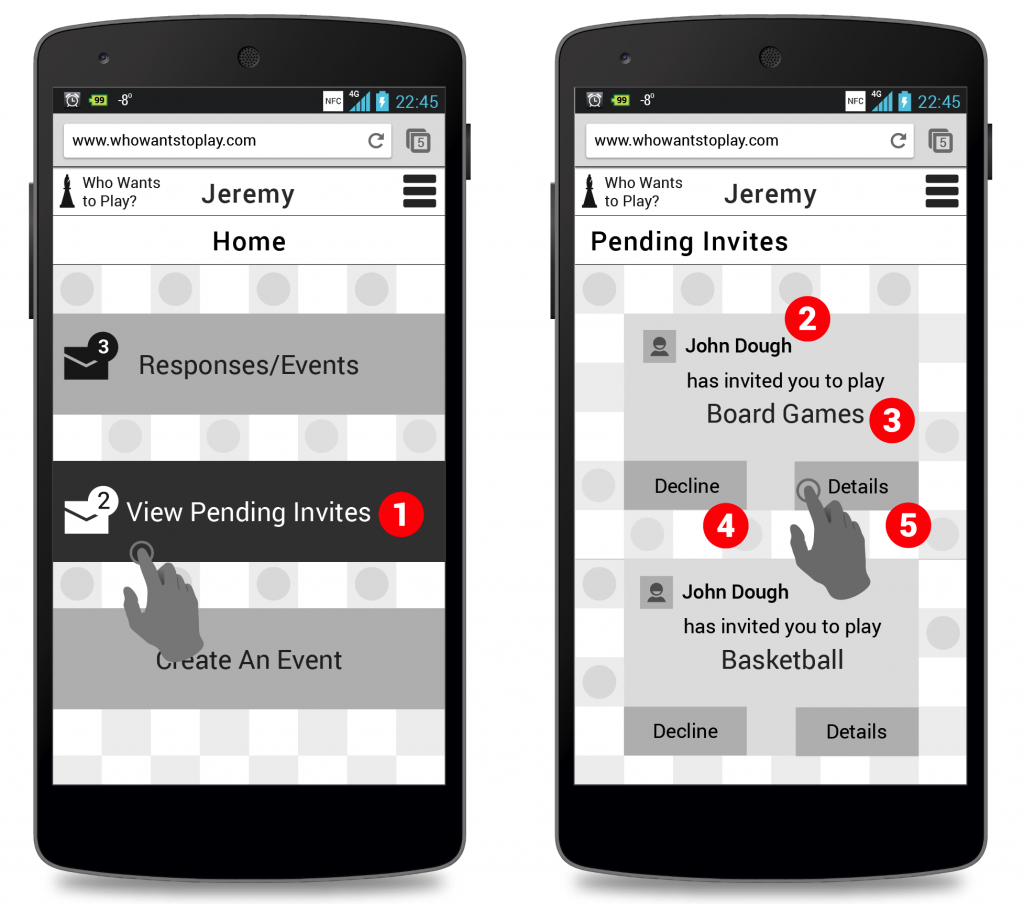 This project involved the creation of a social media app for collaborative event creation. The idea would be for one person to create an event defined by an activity, and then invite friends who would then vote on where to have the event. I chose to focus on playing games as an activity, with the poll being dedicated to finding a venue. One feature that I decided to implement in order to take some of the workload off the event organizer was to implement some logic to the friend selection process. Using a combination of a list created by the user and content from social media (Facebook for now), the app would find people most likely to participate in a given activity based on factors such as event attendance and stated interests. These friends would appear at the top of the invite lists as people who would most enjoy a particular game.