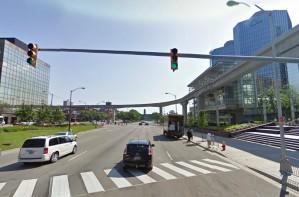 America is a country that is heavily dependent on car ownership, with 86 percent of commuters using a car to get to work in 2009 [1].  76% of commuters drove alone during their commute—that equals over 105 million people.  Public transit ridership is therefore a relatively small component of the transportation system in this country but the people who tend to use it are very dependent on it.  Cutting public transportation is a very incendiary issue as a result, due to the racial makeup of public transit riders.  Blacks have the largest percentage of commuters (11.5%) using public transportation than any other ethnic group; cuts are likely to affect them dispraportiaonately especially in Detroit.

The racial makeup of Detroit is almost 83% Black [2] with high levels of poverty and functional illiteracy [3]; obtaining the opportunity to operate a car not only involves financial obstacles for a large portion of the public but learning difficulties as well for some drivers when it comes to driver education.  If workers in these situations are going to find and maintain employment then public transportation must be adequately funded.  Public transit riders already face some of the longest commutes in the country; despite the frequent stories concerning gridlock on expressways the average commute time nationwide in 2009 was only 25 minutes.  The New York City metropolitan area has the longest average commute time of 34.6 minutes; coincidentally, it also has the highest rate of public transportation usage, about 19%.  Over 50% of commuters in New York City proper get to work using public transportation.

Cutting public transportation funding means two things: fewer routes and less frequent service.  Fewer buses per hour means that public transit riders in Detroit can expect to wait even longer for buses which will likely force many to leave earlier to reach their job, thereby taking them away from the home for longer periods.  This has negative implications when it comes to issues like childcare.  Longer commutes and more time away from home will likely lead to decreased morale among commuters and increased domestic problems as well.  Another problem is that commuters who miss buses will face longer wait times in very adverse conditions; Detroit’s location in the Upper Midwest means plenty of cold and snow in the winter.

Fewer routes means some riders will have to travel farther to reach a bus stop.  This would place additional hardship on the elderly who due to fixed incomes or physical inability to drive rely heavily on para-transit and buses.  One solution would be to abandon traditional routes using major thoroughfares and instead adopt ones that go into neighborhoods and pick up passengers.  People would ride the bus longer but have a shorter walk to the bus stop.  Such an approach would require a detailed analysis of where transit riders live and detailed bus stop usage statistics.  Detailed bus stop usage analysis could also be used to eliminate stops that are significantly underutilized thereby allowing the bus to travel faster.  Faster commute times could allow people to reach work in time even if they miss their preferred early bus.

There has been much talk by politicians during this election cycle about people who don’t want to work or are lazy.  The fact of the matter is that many people in cities like Detroit face tremendous hardship in reaching their places of employment; some workers have probably lost jobs because of attendance problems caused by long commutes dependent on multiple transfers.  One worker in Detroit spoke about losing an hour of work because of cutbacks in schedules [4]; people in these situations are at a disadvantage in the workforce compared to commuters without such restrictions.  If governments want to promote economic growth then action must be taken to help people in these situations.  If a worker has to catch a particular bus in order to pick up their children, then after school and daycare programs need to be expanded so that people do not have to leave work earlier than they would like.  Unfortunately since public transportation is being cut in Detroit other public programs are likely facing similar cuts.

Cutbacks in urban transportation systems like Detroit’s are not the right method to ensure fiscal health.  People are going to have a harder time getting to work, and some might even lose their jobs because of these cutbacks.  Businesses having to close down due to decreased patronage is another possibility.  If governments are serious about getting people back to work then public transportation funding needs to be increased instead of cut, and the transportation costs for all Americans need to go down.  The best way to do that is for people to abandon driving to work alone and carpool, or better yet, take public transit.  We can only hope such a change happens sooner rather than later.