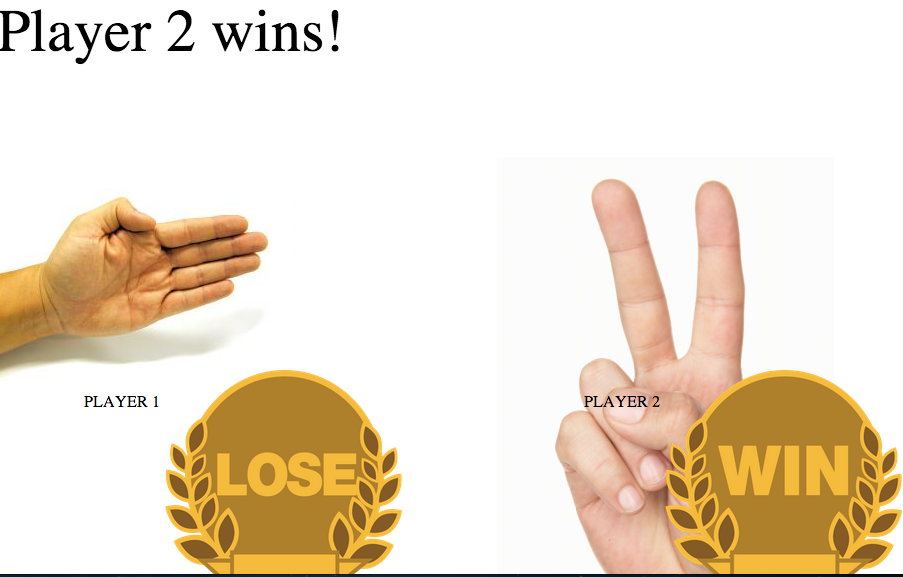 Already having done some experiments with the Leap motion tracker ( Leap Finger Cube ) and nodeJS, I joined a team of my fellow students from Sheridan College to do a multiplayer version of Rock, Paper, Scissors using hand gestures. We did this project as part of the Hackernest Toronto Construct hackathon at the Ryerson Digital Media Zone located in Dundas Square. The goal was to have some kind of functioning prototype that involved mind and/or motion.

The greatest challenge was multiplayer communication, and learning how to properly send data between computers on the same network. Using multiuser shared chat as a basis, we transformed this system into sending the Leap motion results and then comparing to determine a victor. Our previous hard coded web pages used for Leap testing were converted to the Jade templating system for Node, and this interface displayed each player's gestures as they made them and then showed the comparison.

Below is a demo from Hackernest showing how the game works. Right now the client side is in charge of game timing, so both players have to start at roughly the same time. The goal in the future would be to have the nodeJS server control the timing of the game so players could choose their identity and start as soon as there is a minimum number of participants.