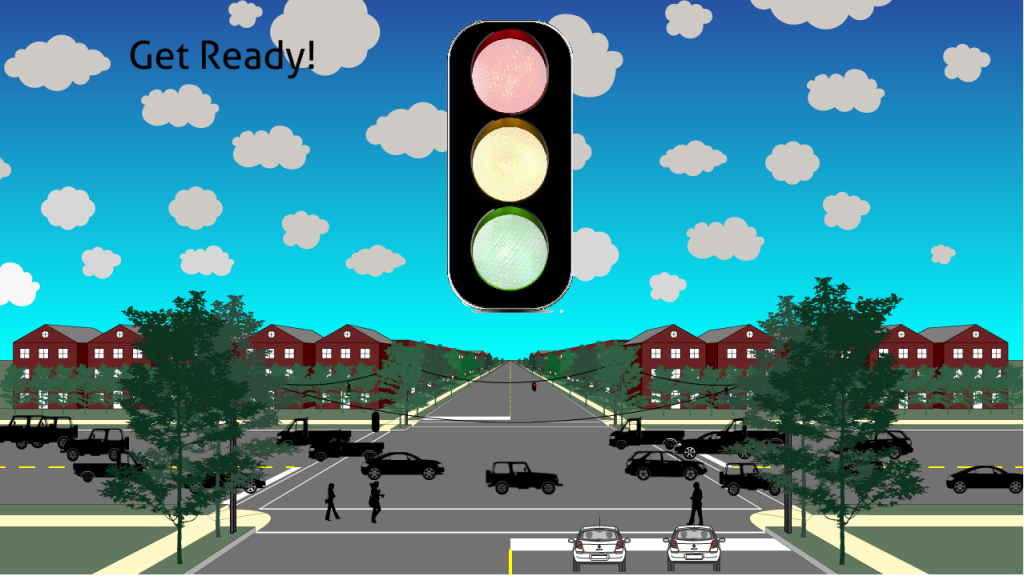 The final project for interactive coding was a project in Flash using Actionscript 3. I decided to use my Arduino flash interface that I had already built for my Color Response game, with the on screen buttons taking the place of the physical board. Since there is no physical interface the on screen buttons do double duty as an indicator and an input method. My program randomly creates a light pattern and manipulates the buttons, which the human player has to replicate.

Using Adobe Illustrator, I created a 2.5D representation of a traffic intersection (gaining some valuable Illustrator experience with perspective grids). The next step was creating the east/west traffic cycle, which is animated on a simple ENTER FRAME event resulting in the vehicles moving a certain number of pixels based on a random speed variable. One of four vehicles is randomly selected every time a new vehicle needs to be added to the scene. I also created a simple pedestrian cycle to add to the street life (the figures do not have any character animation currently). The pedestrians will walk normally unless the northbound light is green, at which point they will walk until the curb where they will stop; if they are in the intersection, they will hurry out of the way and resume their normal pace once they are safe.

The traffic signals in the scene are fully responsive and change with the conditions.