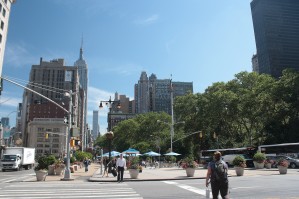 New York City in June is a vibrant place, and quite different from Chicago.  In Toronto, Los Angeles and New York one can walk down a street and end up finishing lunch without even stopping.  New York’s bridges also make it unique among large American cities, and the ability to walk around the corner and get a deli sandwich from the bodega is something that has been lost in this Subway and Jimmy John’s world. 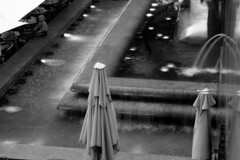 Rock Fountain from above 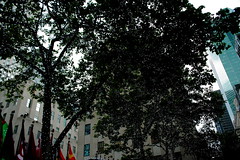 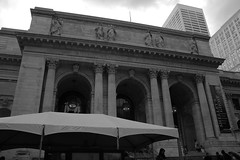 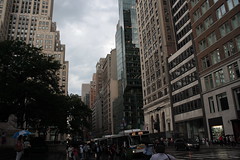 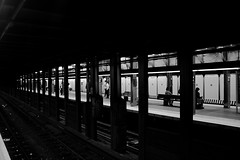 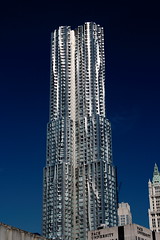 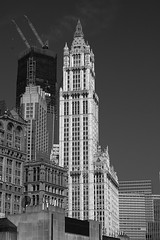 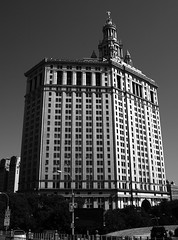 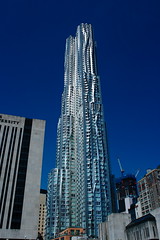 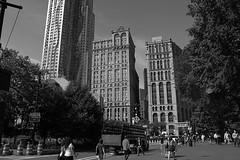 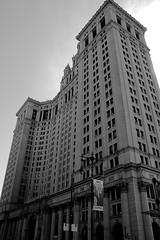 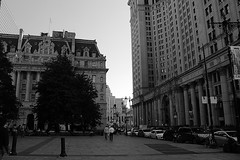