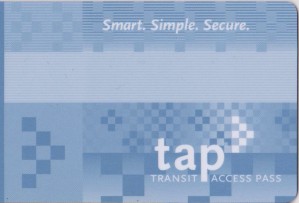 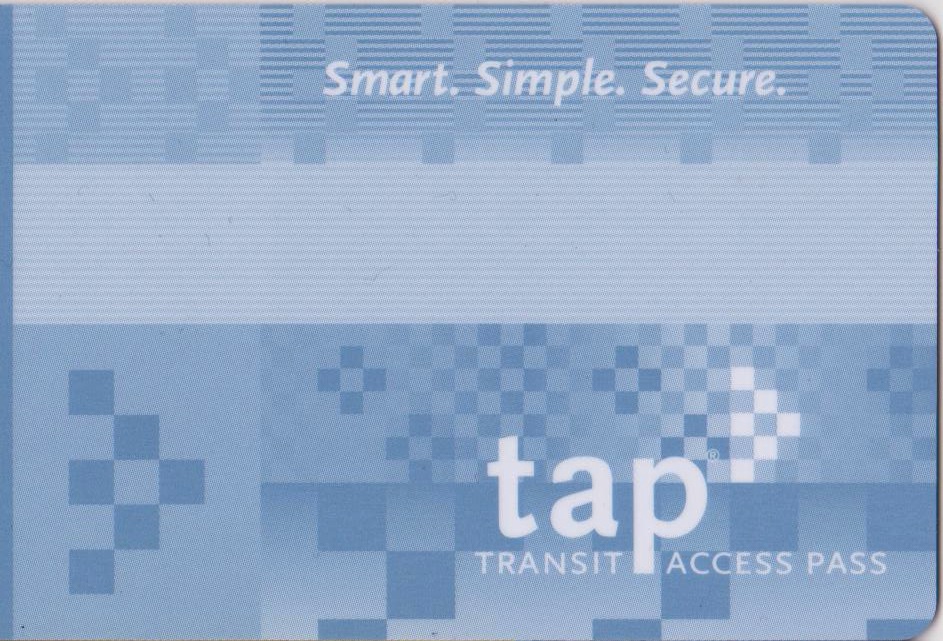 The Transit Access Pass or TAP Card, aptly named, is used primarily by Los Angeles Metro on their rail and bus services. One reason for introducing a smart fare card system was the need for passengers to pay in order to pass through a turnstile. Los Angeles Metro had for a long time operated using a proof-of-payment system where riders had to display their ticket upon request by a fare inspector. The entire system was barrier-free for a long time which made sense considering the at-grade layout of the first light rail line in LA, the Blue Line running from Downtown LA to Long Beach. Fare gates would present no obstacle to evaders at these stations. When the Red Line subway and Green Line light rail systems were completed proof of payment was used on those systems as well, even though there would have been no obstacle to implementing fare gates at those stations (Red Line positioned underground and Green Line elevated and/or freeway median). The entire system remained barrier-free and the opportunity to implement fare control was passed over. While magnetic strip paper fare card systems had been in use for a while on systems like the Washington Metro the system designers in LA apparently decided to forego this step and simply wait for smart card systems. An interesting comparison comes up when comparing the Los Angeles Metro to the Buffalo Metro. The Buffalo Metro uses paper fare cards with a magnetic strip even though the system is strictly proof-of-payment (although it wouldn’t be difficult to implement fare gates in the subway portion, the cost-benefit analysis has clearly yielded a nay on the issue). The magnetic strips are used when paying bus fare, and the printed nature of the ticket means that it can be verified visually if there is a technical issue. The tickets have a reflective dazzle pattern to deter counterfeiting, a feature the Los Angeles Metro tickets never had, which perhaps contributed to fraud and revenue loss in addition to fare evasion.