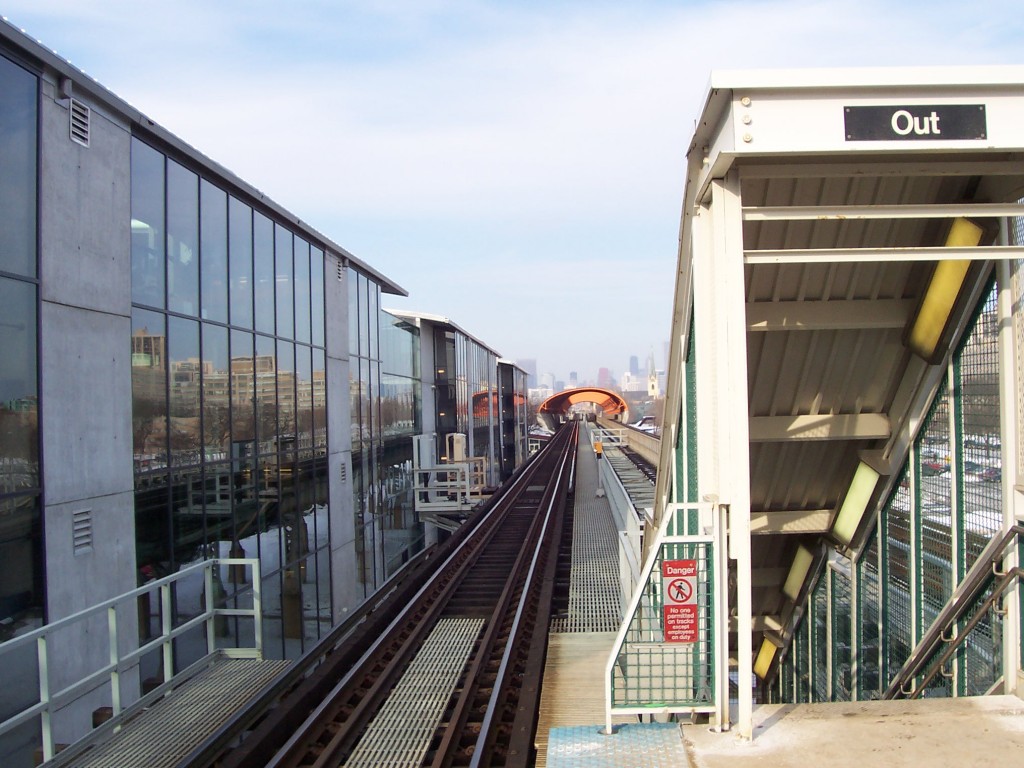 What an adventure I had today riding the Green Line.  Arrived at the station sometime after a northbound train had left the station and ended up waiting over 10 minutes for another train to arrive in typical caterpillar fashion, creeping towards the platform at an agonizing pace.  The CTA Train Tracker is now displayed on the flat screen televisions, making them far more useful than when they simply acted as expensive billboards for a transit agency that cut bus and train service not long ago.  The Train Tracker informed me that my train was one of three arriving in the next seven minutes, a frequency useless at 11 AM.

After 6 minutes and 30 seconds we arrived at Roosevelt, compared to the roughly 4 minutes Google Maps says the trip should take.  Considering that the train was heading north, "The sun was in my eyes" doesn't seem like a likely excuse for this slow train operation.  And the Green Line was completely rehabilitated less than 20 years ago, so while "death awaits" speed may be possible, I'll settle for brisk.

I can understand why the Red Line has to run slow between Sox-35th and Roosevelt due to track work, but I have yet to come across a valid explanation for why the Green Line seems to get slower every time I ride it, which is less and less these days.

There are other things that can slow a transit system down, like transporting panhandlers, but that's a story for tomorrow...